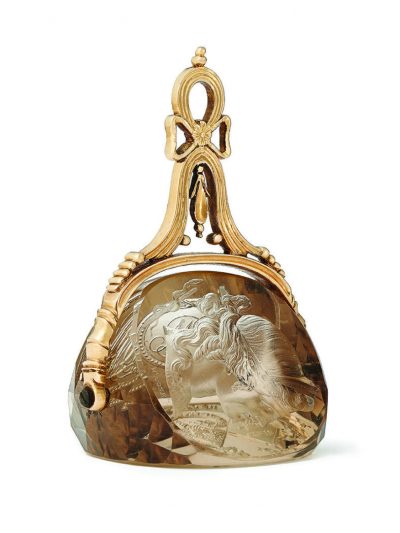 comprising of three flat ovid surfaces upon which are carved a portrait of Hygeia with diadem and serpent staff, a carved coat of arms for Lady Robert Bertie and an oval cartouche with the initials MRB within a beaded border, the ends of the seal stone faceted.

Mounted in a yellow gold swivel setting, comprising of a ribbon style loop with foliate details and beading. 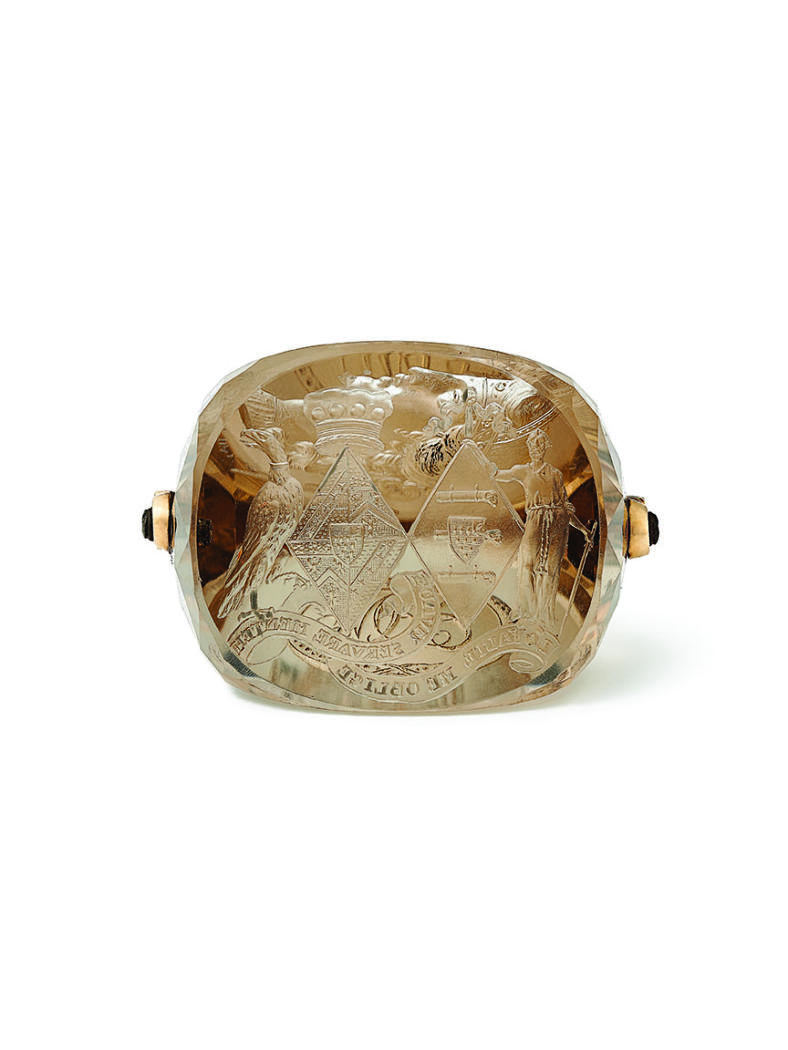 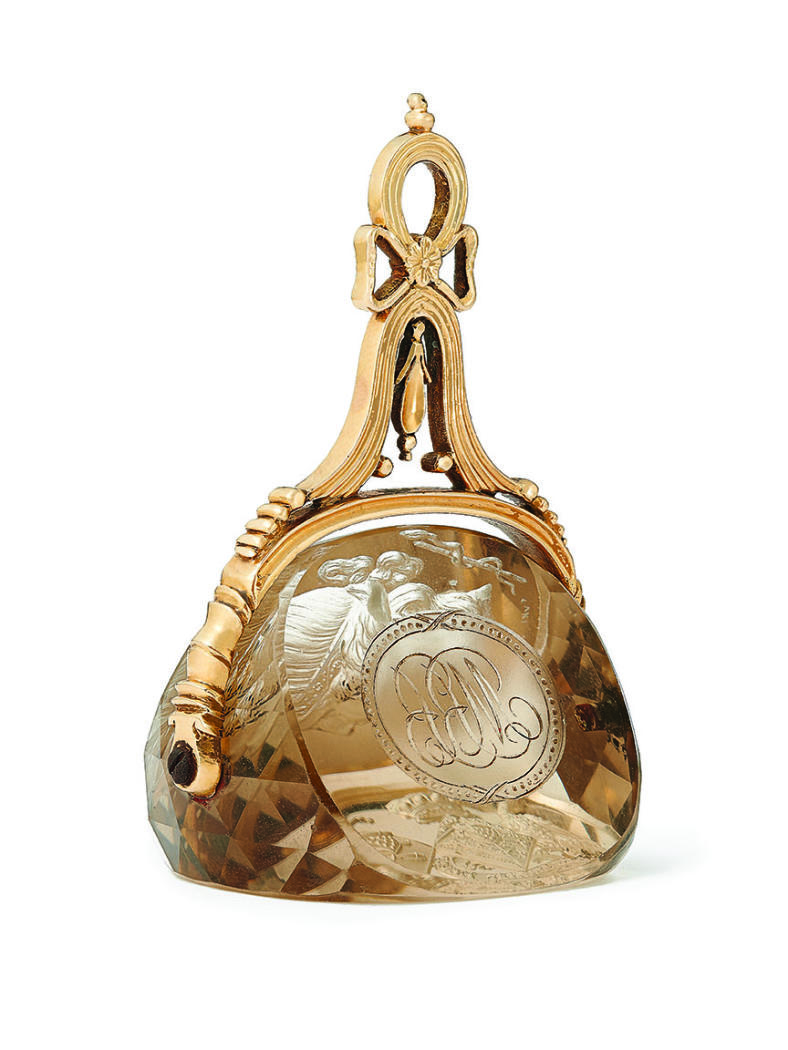 The INV.T which comes after Brown’s signature indicates that the composition of this portrait of Hygeia is of his own invention and has not derived from a work of Classical or contemporary sculpture. Hygeia was the daughter of Asclepius, the god of healing, and was considered the personification of health.

Between 1786 and 1796, William and Charles Brown worked almost exclusively for Empress Catherine II of Russia, who had an insatiable appetite for engraved gems. In 1787, an intaglio of an almost identical subject entered her collection. It was signed by William Brown. An impression of this gem is included in the casts assembled by James Tassie in 1791, and is listed as number 4116.

The Browns both exhibited their work at the Royal Academy in London and among the works shown by William Brown are two ‘heads of Hygeia’, displayed in 1785 and 1788.

Mary was the youngest daughter of 1st Viscount Bundell and his wife Mary Chetwynd. She was born 21st February, 1719. She married Robert, 2nd Baron Raymond in 1741. She remarried in 1762 Lord Robert Bertie, 5th son of the 1st Duke Ancaster, after the death of her first husband. She died in 1798.