A Gold Bangle by Georg Jensen 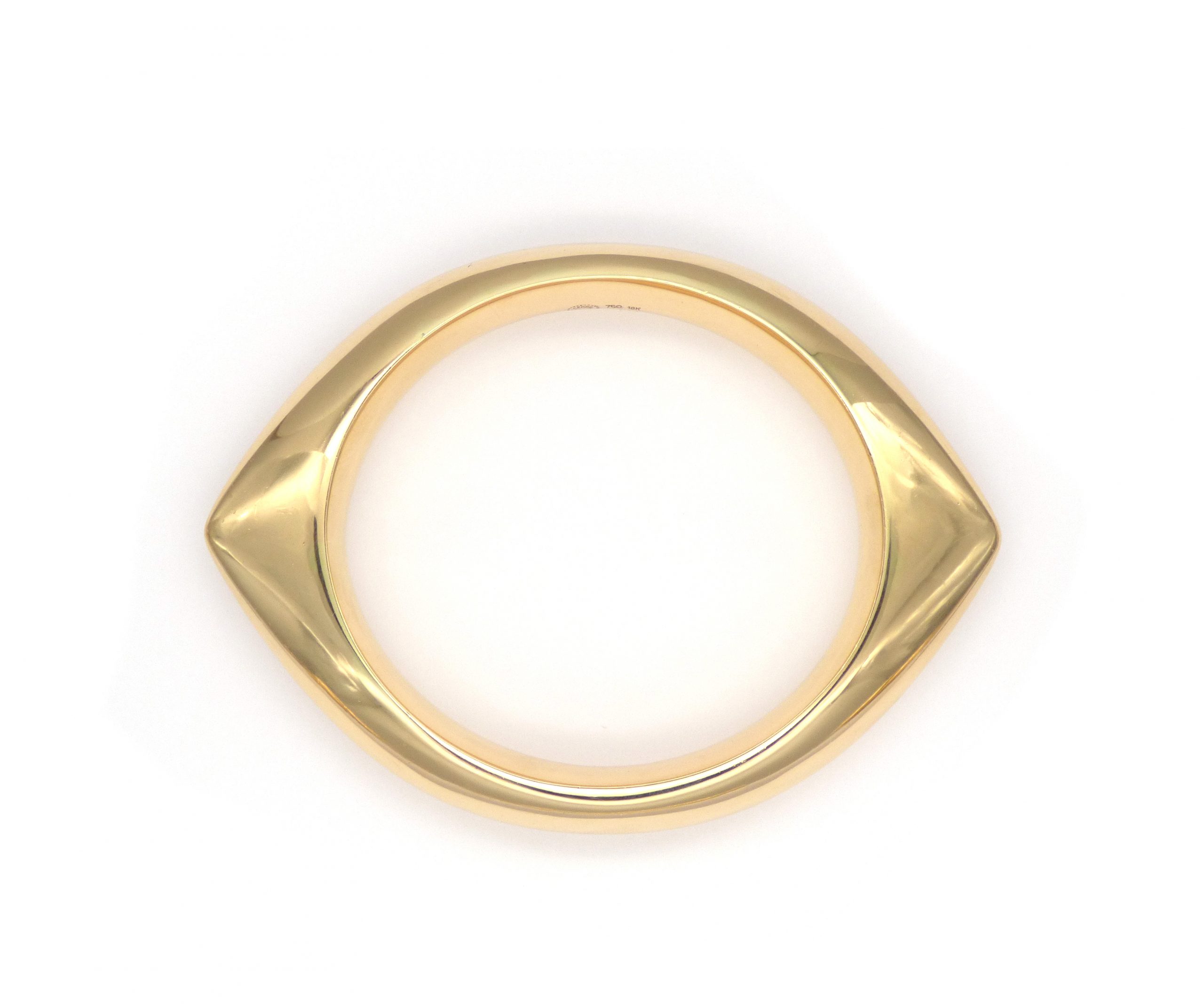 by Danish designer Nanna Ditzel, in the form of an abstract eye in 18ct yellow gold.

A bracelet of the same design in silver is illustrated on page 274 of ‘Georg Jensen Jewelry’ (ed. Taylor, 2005).

Nanna Ditzel (1923-2005) trained at the Danish School of Arts, Crafts and Design and the Royal Danish Academy of Fine Arts in Copenhagen. She primarily worked with furniture during the 1940s and early 50s with her husband Jørgen Ditzel. Her foray into jewellery design coincided with the birth of her children, when she was worked from home. She won several competitions for her jewellery during the 1960s.

Among her numerous awards, she received the silver and gold medals at the Milan Tirennale (1954 and 1960), the Lunning Prize (with Jørgen in 1954) and in 1996 she was awarded the title of Knight of the Order of the Dannebrog.