A Gold and Sapphire mounted Pendant by John Paul Cooper 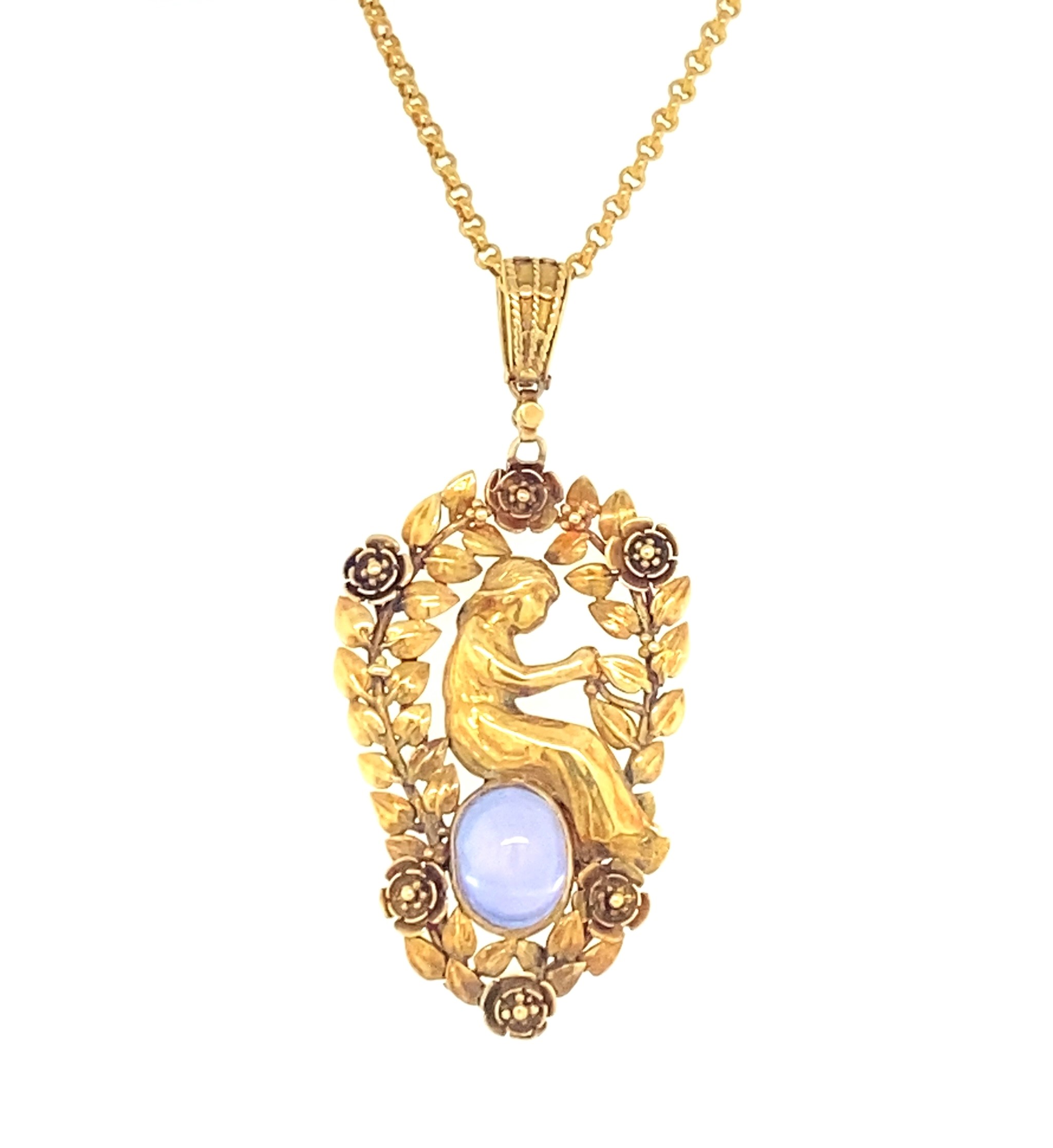 the design orientated around a delicate blue/purple cabochon sapphire, on which sits a young maiden in yellow gold who is picking a blossom from the rose bower which surrounds her, with six stylised rose blossoms, suspended from a gold loop decorated with wirework and beading

The pendant is recorded in John Paul Cooper’s surviving sketchbook, number 935, where it is described as an “18ct pendant with sapphire” and dated May, 1922.

Signed jewels by John Paul Cooper (1869-1933) are rare, especially examples in eighteen carat gold. Cooper is recognised as one of the leading goldsmiths working in the Arts and Crafts tradition.

Cooper trained as an architect under the tutelage of John Sedding (1838 – 1891) and Henry Wilson (1864 -1934). Wilson was himself a hugely influential goldsmith, working from his studio at 17 Vicarage Gate in London. It would inspire Cooper’s transition into precious metalwork.

Among Cooper’s clientele was the renowned Shakespearian actress Ellen Terry. A gold castle ring by Cooper, which was acquired by Terry, remains among her personal possessions kept at Smallhythe Place (NT 1117779). Cooper would also create the silver casket into which Terry’s ashes were placed after her death.

Cooper taught at the Birmingham Municipal School of Art from 1904, as part of the newly established jewellery course. The influence of the Birmingham School of artists is clearly evident, particularly with this pendant, as the subject of a young maiden picking a rose owes a great deal to the themes of Pre-Raphaelite artists such as Edward Burne-Jones and fellow teacher at the Birmingham school, Sydney Harold Meteyard.