A Gold and Gem-set Necklace by Eugène Fontenay 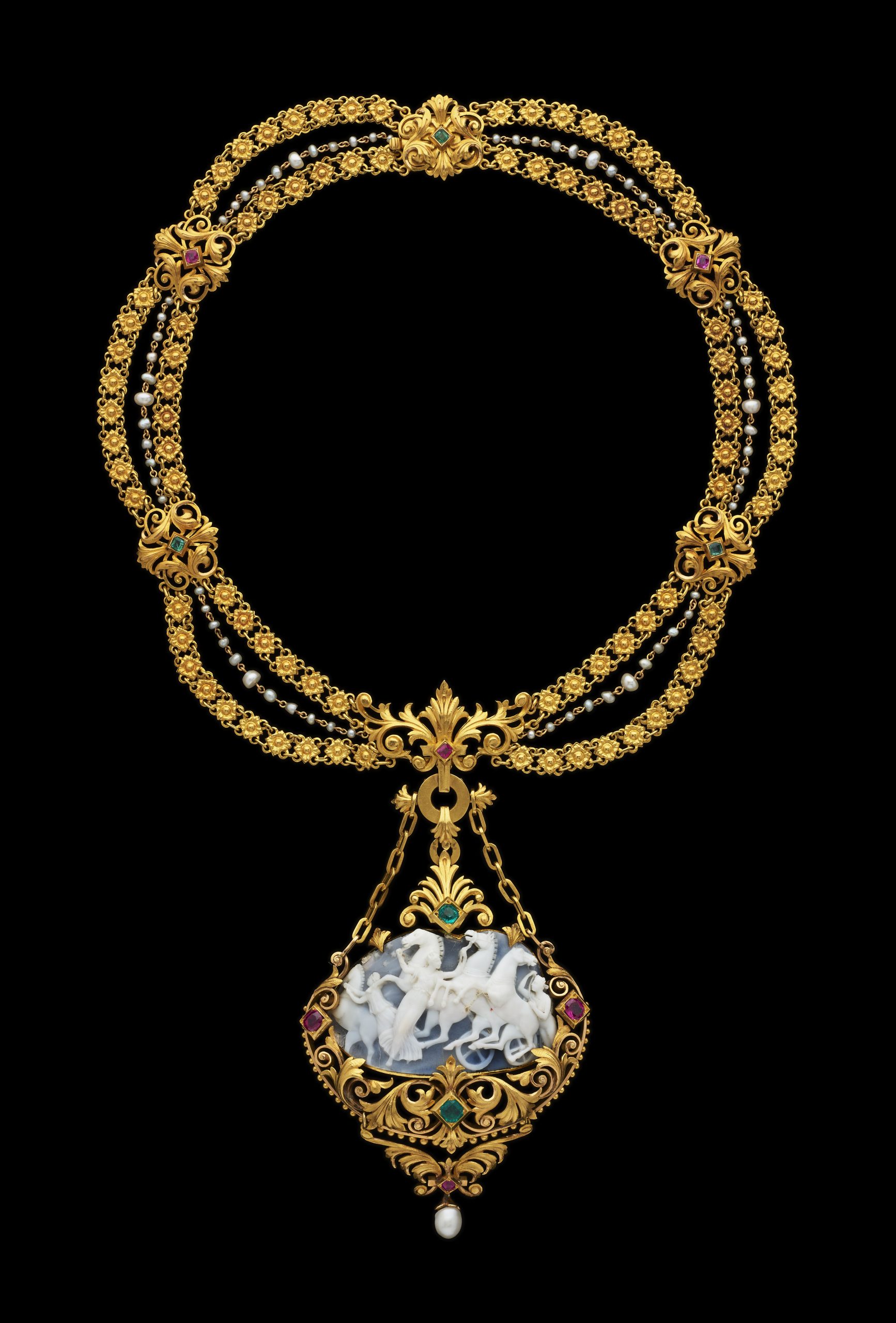 in the sixteenth century Romantic taste, the collar composed of two festooned strands of articulated gold flower heads flanking a central strand set with pearls and conjoined at intervals with five openwork gem-set scrolled motifs, the whole suspended with a shell cameo depicting the goddess of the dawn Aurora with her horse-drawn biga accompanied by the Horae, goddesses of the Seasons, the openwork gold mount set with sapphires and rubies in square collets and hung with a pearl.

Renowned for his jewellery in the Archaeological style, Eugène Fontenay demonstrates his versatility as a goldsmith in this rare example of his work in the Neo-Renaissance taste.