A Gold and Enamel Brooch attributed to Giacinto Melillo 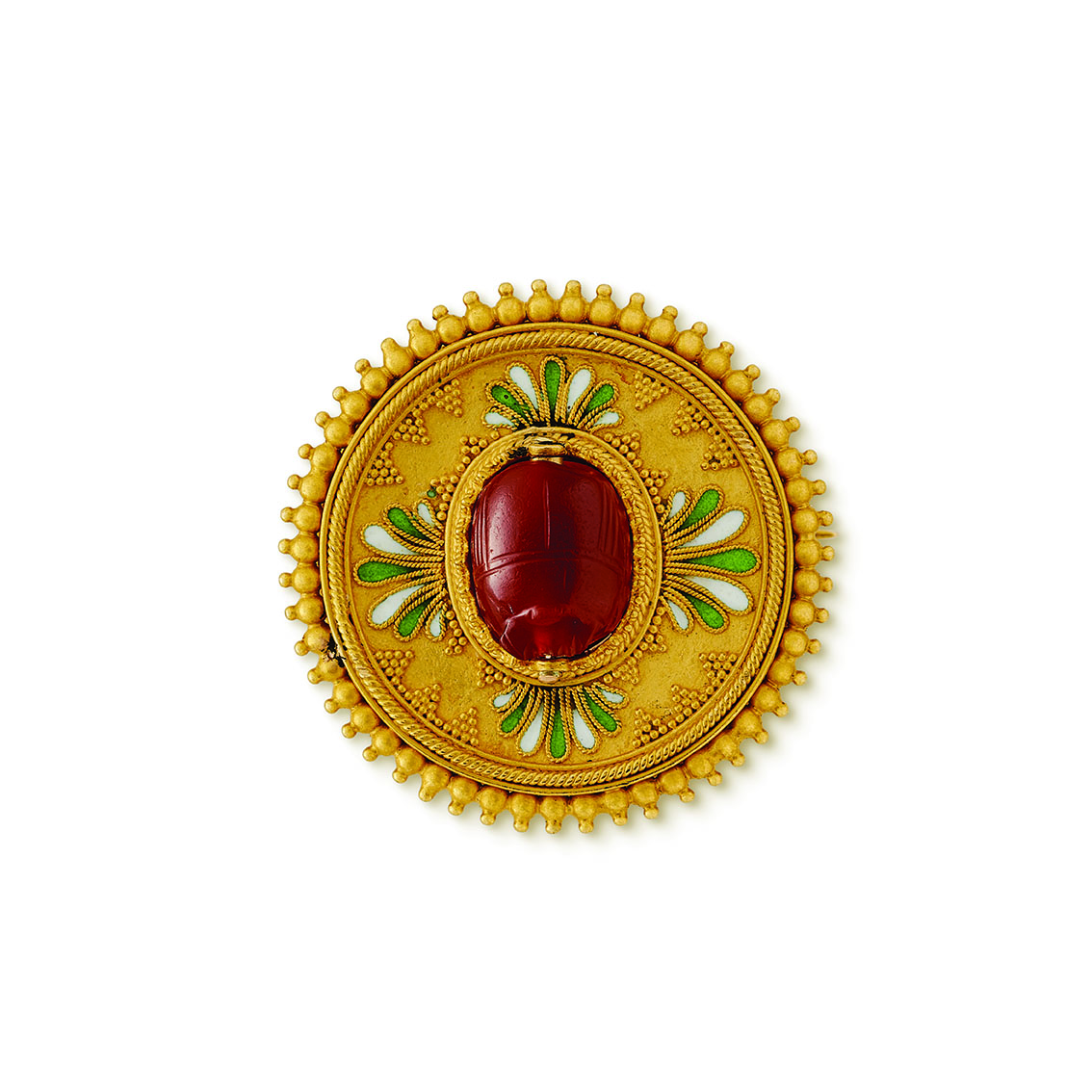 an Etruscan carnelian scarab dating the the 4th Century BCE, engraved to the reverse with a footprint, mounted in a circular gold brooch in the Hellenistic style, decorated with granulation and wirework, the petal shaped cells decorated with white and green enamel. 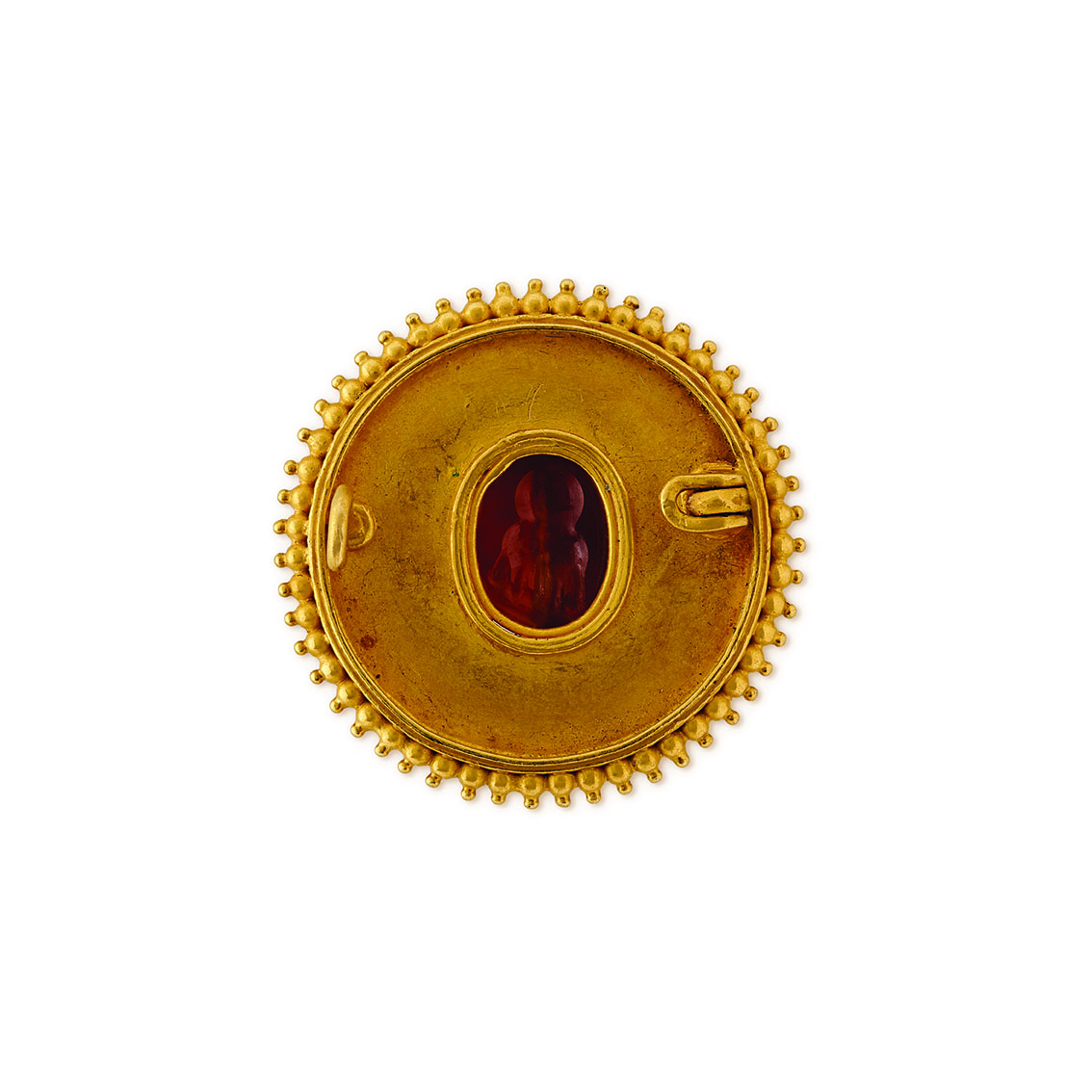 Melillo was known for his reproductions of Hellenistic and ancient Roman jewellery, as well as his mastery of Classical goldsmithing techniques. His work often incorporated ancient engraved gems. The form of the jewel is redolent of Hellenistic brooches in the Campana Collection, an exceptional assemblage of ancient jewellery compiled in the mid-19th Century by Giovanni Pietro Campana (18081880), director of the Sacro Monte di Pietà. It was eventually sold to Napoleon III in 1860-61, after Campana was arrested and the collection confiscated in 1859. Before its sale, the jewels were in the possession of the Castellani family in Rome, who made cast copies of the pieces.

Alessandro Castellani (18231883), Melillo’s employer in Naples before 1870, would have known these exceptional pieces intimately, having helped Campana to acquire them before his move to the city in 1863. The significance of the footprint on the reverse of this carnelian scarab is not entirely clear, although it is possible to make some suggestions as to its symbolism. In the British Museum there is a curious Etruscan black basalt scarab engraved with a disembodied leg (Museum No.: 1923,0401.34).

It is possible that these gems, decorated with limbs, would have had prophylactic
properties and were designed to heal the specific part of the body they depicted. The image of a footprint, an impression left by the body on the earth, may also have been a memento mori.