A gold and cloisonné enamelled locket designed and mounted by Falize 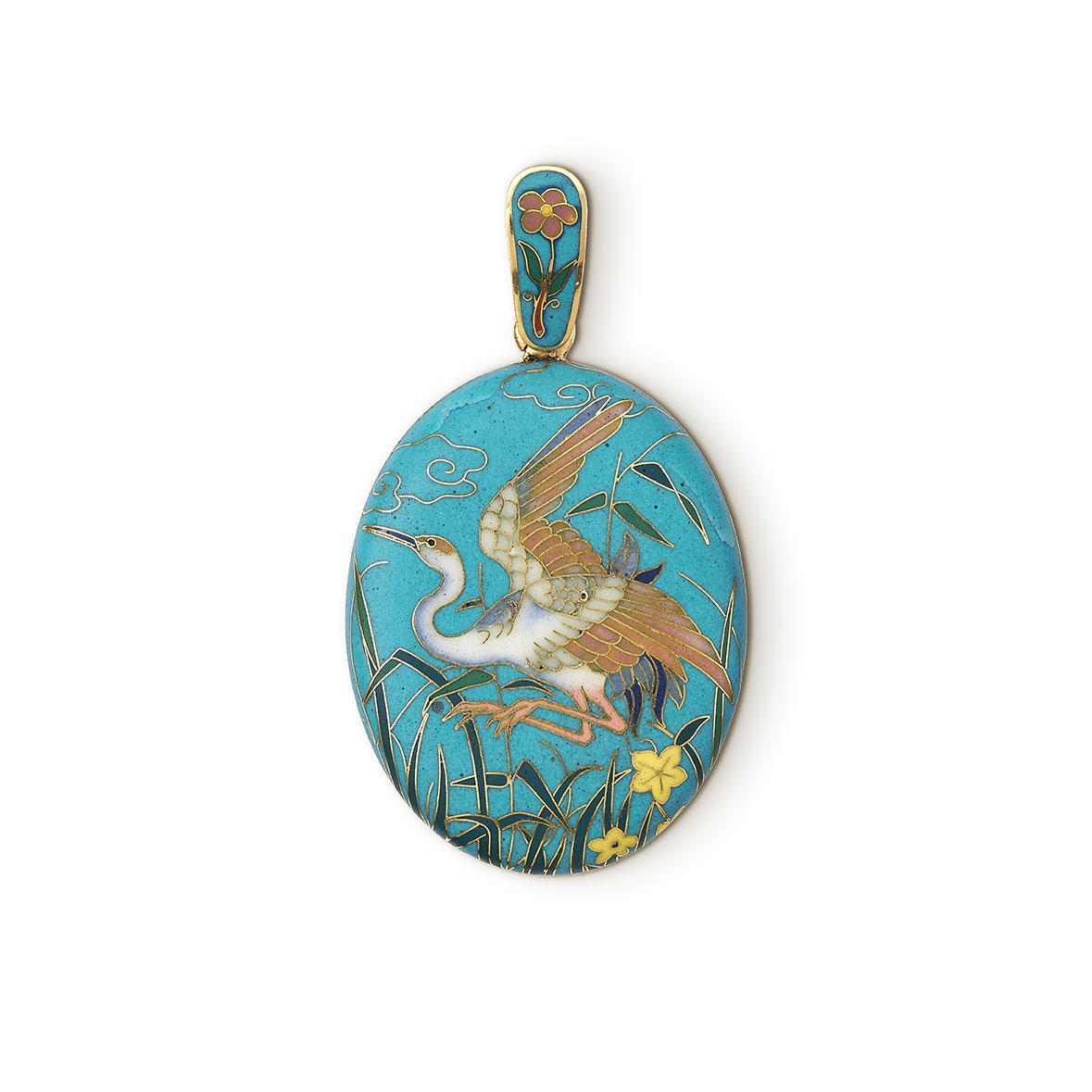 the enamels by Antoine Tard, the cover decorated with a crane depicted in motion, about to land on reeds, while the reverse features a bat against a clouded moonlit sky.

Signed with the poinçon jointly registered by Alexis and Lucien Falize in 1875. 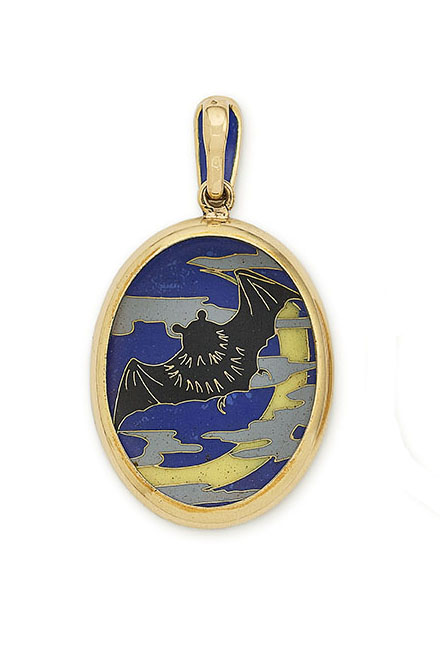 The iconography is typical of such works by Falize in being decorated with more unconventional, even avant-garde motifs, on their reverse, the palette more adventurous than the delicate pastel tones to the front. While there are subtleties in the graduations of colour achieved in the plumage of the crane, the counter enamel offers a dramatic contrast by boldly featuring a black bat that occupies the entire diagonal breadth of the surface, shown against a midnight blue sky with stylized clouds and a vivid yellow crescent moon. The vibrant planes of solid colour and the boldness of the design are characteristic features of the Japanese woodblock prints that so profoundly inspired Alexis Falize.

The jeweller owned fifty such paper bound volumes before 1871,  several consisting of Katsushika Hokusai’s 15-volume Manga which contained sketches of a wide range of subjects including flora and fauna, and studies of cranes featured prominently. Bats in flight were also included, however the closest representation to that depicted in the locket is by Nomura Yoshikuni (1865-1903), whose work Alexis Falize would have undoubtedly encountered in Paris.

Alexis Falize displayed a large number of his cloisonné enamelled jewels at the Union Centrale des Beaux-Arts appliqués à l’Industrie in 1869, and amongst his pieces was a locket with an identical scene featuring a bat on its cover, while another locket bears a crane similarly landing on blades of grass. The signature on this work, indicating it was made after 1875, is borne out by a surviving album of designs by Lucien Falize dated 1875-87.

Furthermore a bracelet by him in the Ashmolean Museum, Oxford, actually bears the date 1883 in gold wire. Evidently the popularity of Falize’s cloisonné enamelled jewels in the Japanese taste endured at least 16 years after they were first produced in 1867.

Such cloisonné enamelled pendant lockets by Alexis Falize form part of the collections of the British Museum, the Victoria and Albert Museum, the Cleveland Museum of Art  and the Schmuckmuseum in Pforzheim.