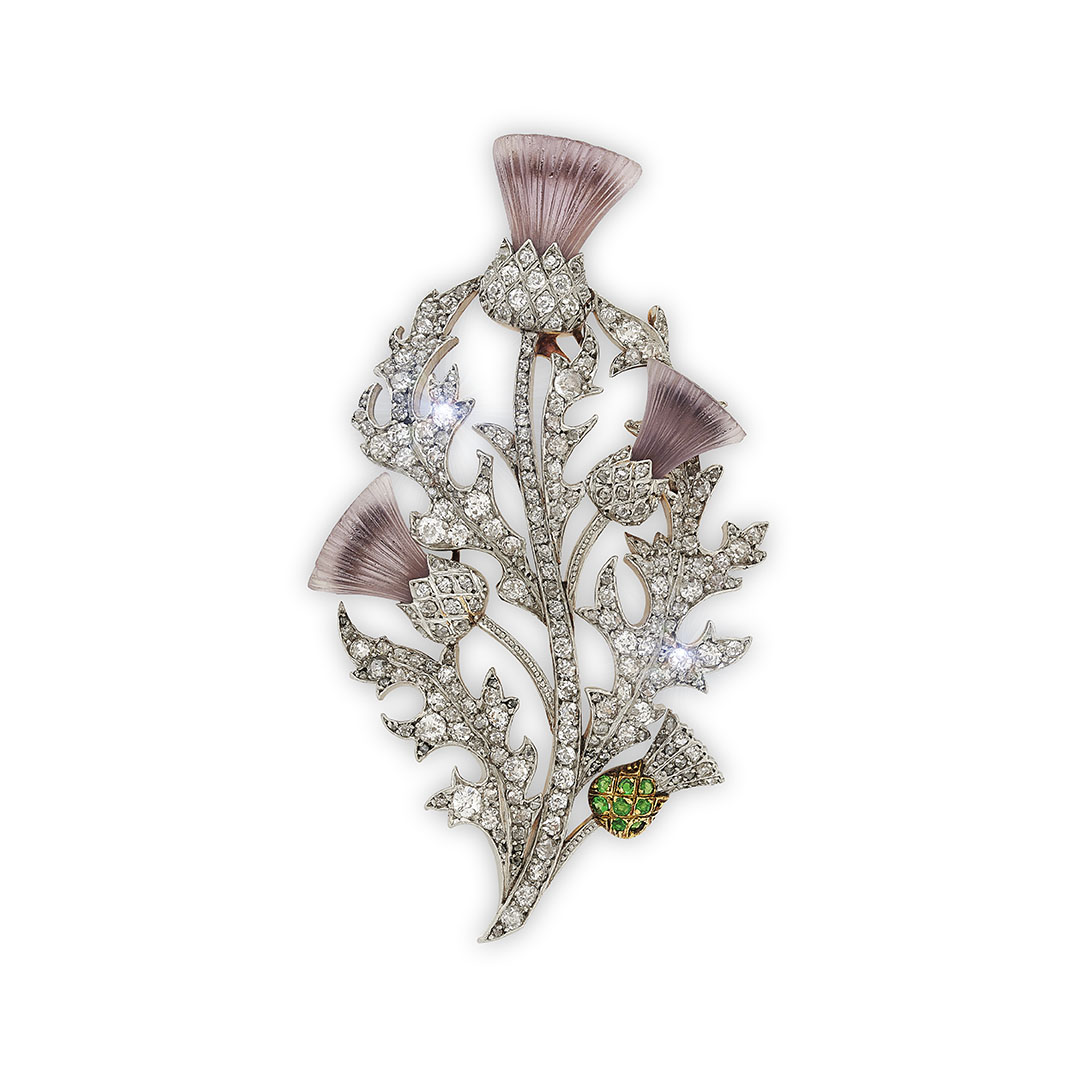 mounted with brilliant cut diamonds set in platinum and gold, three flower heads topped with carved amethyst blossoms, one flower head set with demantoid garnets in yellow gold, the gold on the reverse of the flowers engraved to replicate the front.

Plisson et Hartz were an important firm working in Paris during the late 19th Century. They are well known for their novel designs as well as the high quality of their craftsmanship. The firm was initially run by Bottentuit and Plisson from 1872 until 1886. Plisson collaborated with Hartz between 1898 and 1904. Examples of their work are illustrated in Henri Vever’s ‘La Bijouterie Française au XIXe Siècle.’