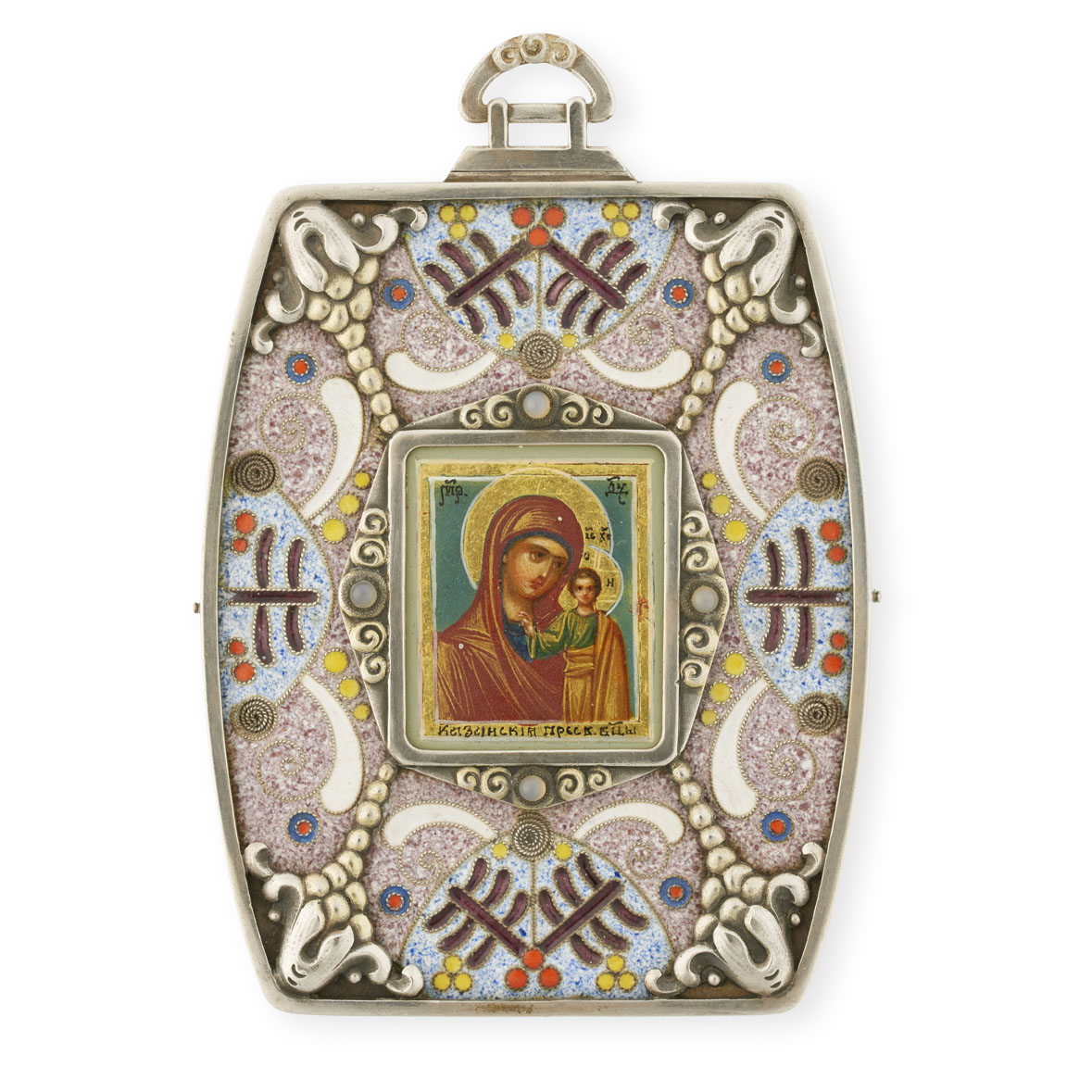 A jewelled and cloisonné enamelled silver mounted icon by Carl Fabergé, centred with an icon of Our Lady of Kazan, with suspension loop above, mounted with cabochon grey chalcedonies.

Our Lady of Kazan, also called Mother-of-God of Kazan was a holy icon representing the Virgin Mary as the protector of both the city of Kazan and all of Russia.

According to legend, the icon was originally acquired from Constantinople, lost in 1438, and miraculously recovered in pristine state over 140 years later in 1579. Two major cathedrals, the Kazan Cathedral, Moscow, and the Kazan Cathedral, St. Petersburg, are consecrated to Our Lady of Kazan and display copies of the icon. The original icon in Kazan was stolen, and likely destroyed, in 1904.