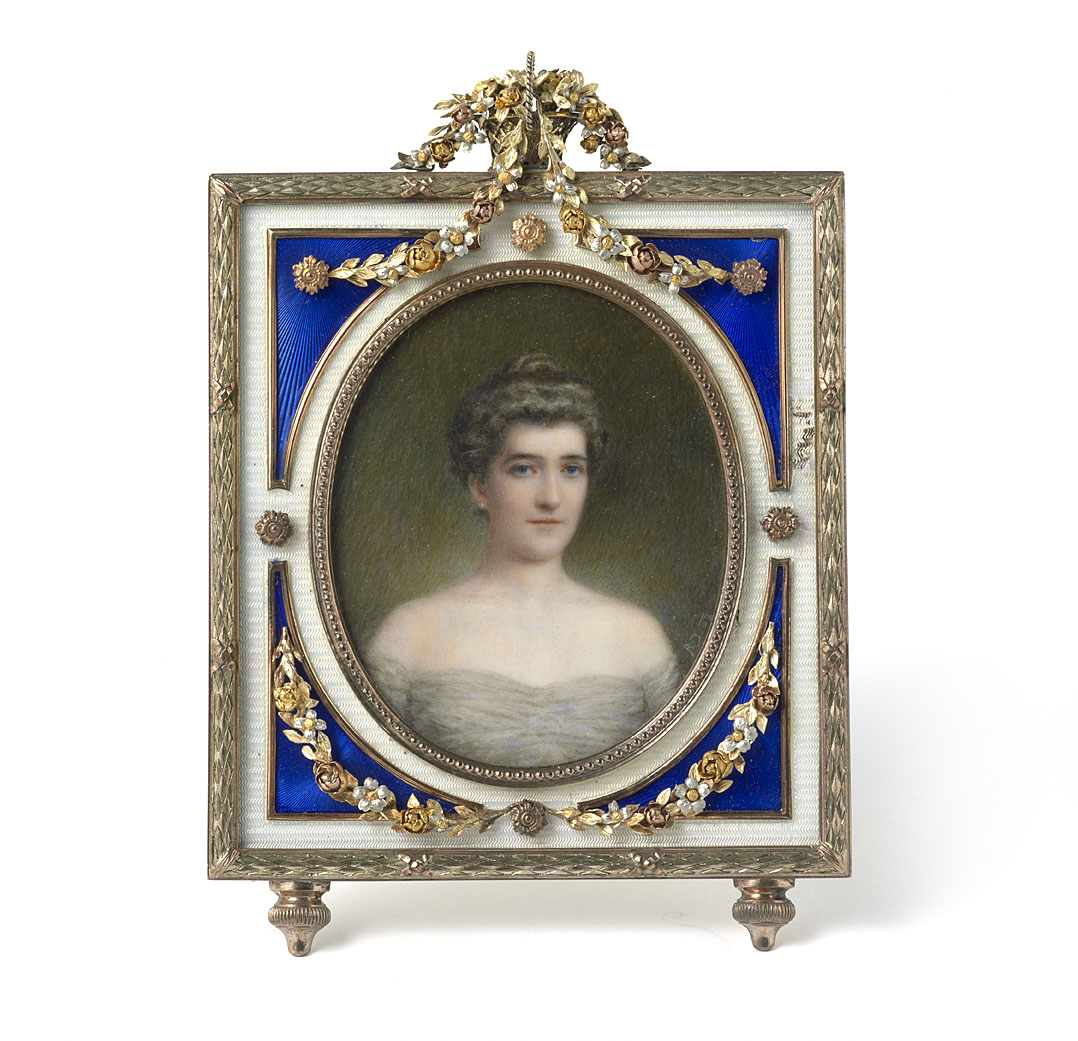 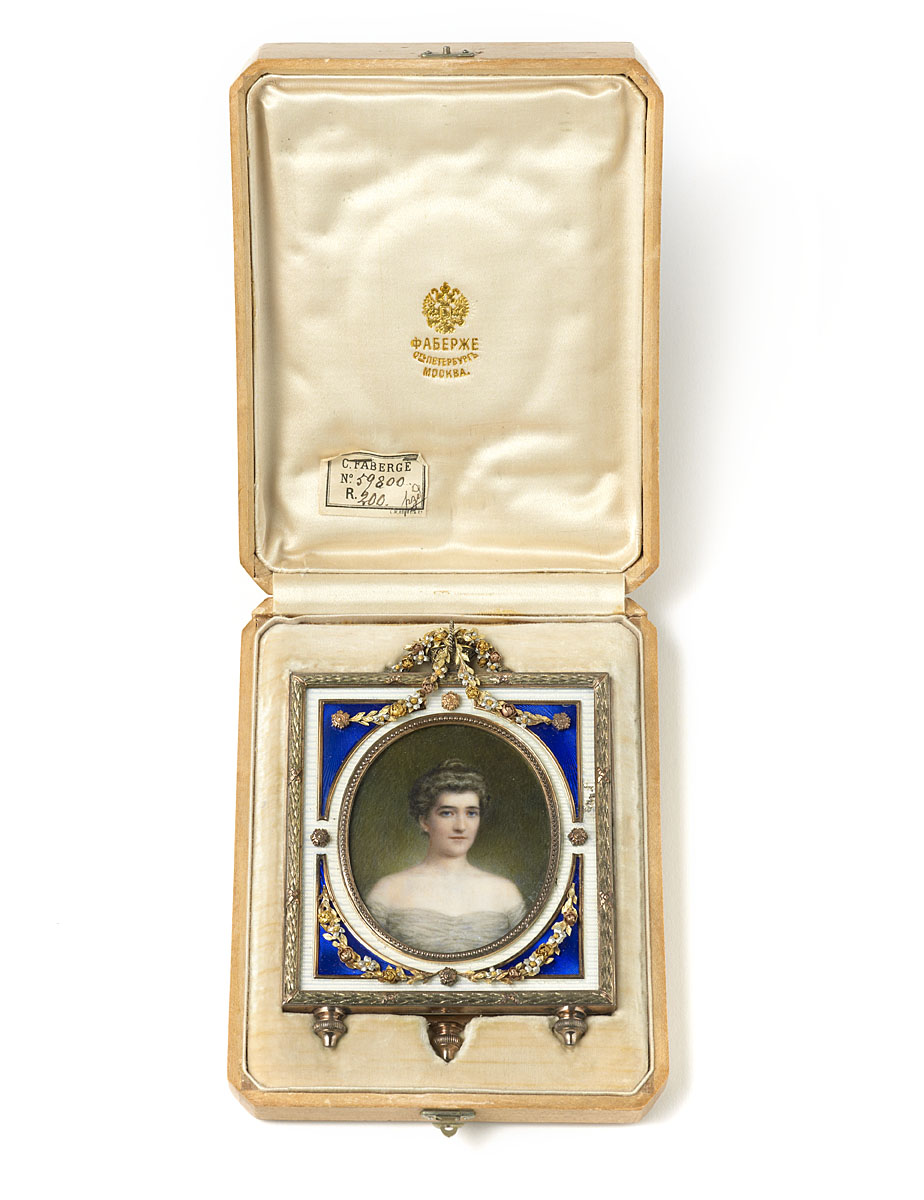 Edith McCormick was the third daughter of John D. Rockerfeller Sr and first wife of Harold Fowler McCormick; Chairman of the International Harvester Company of Chicago. She was described ‘as a thin dark woman with haunted eyes’ and later moved to Zurich to become a disciple of Carl Jung. Mr McCormick was one of the many American customers of Fabergé in London. In 1913 he purchased four pieces from Fabergé’s shop at 173 New Bond Street. For a discussion of the frame see Fabergé in America, Geza von Habsburg, (London, 1996), page 29.