A Chalcedony Intaglio of Perseus and Andromeda by Giovanni Pichler 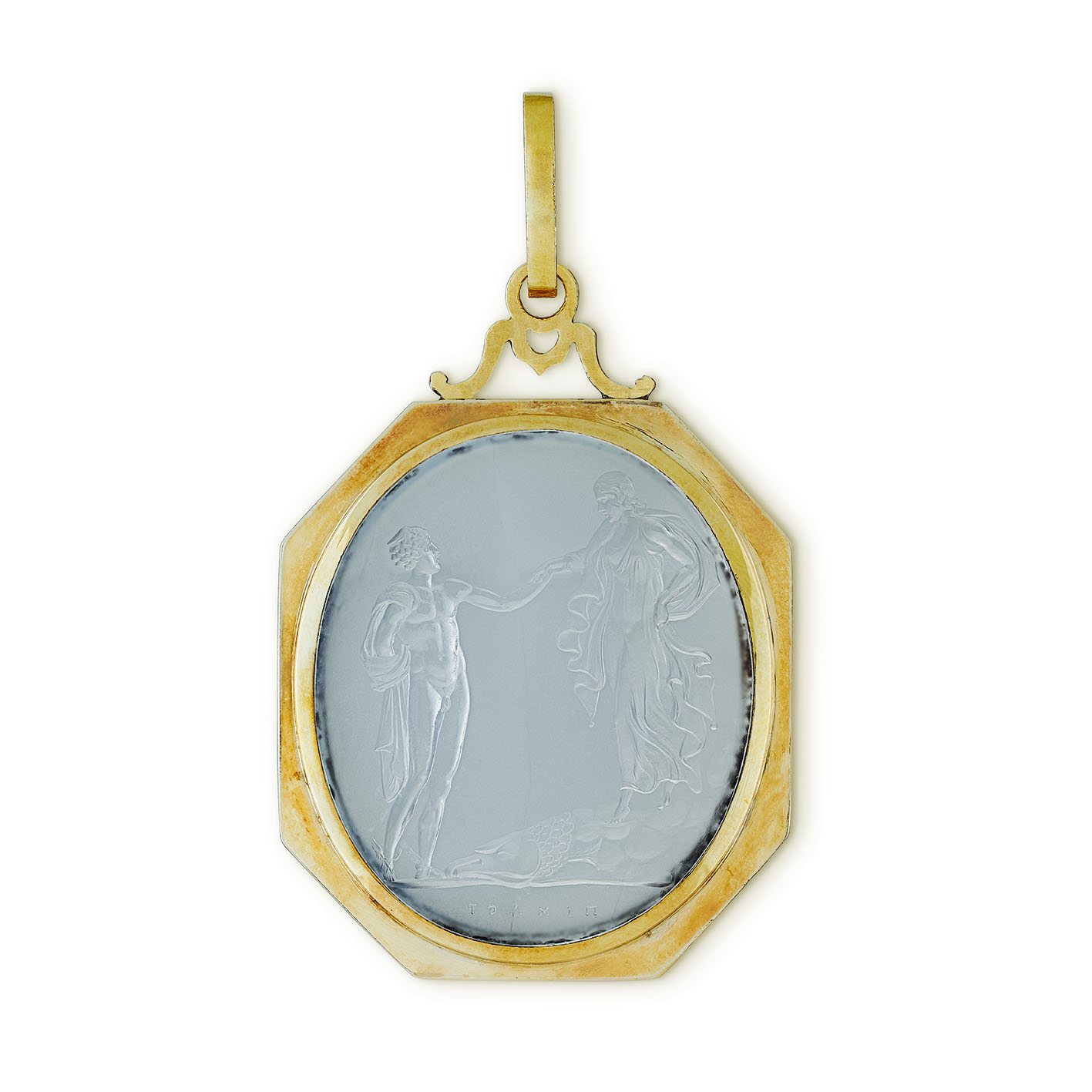 The scene is based on an ancient Roman marble bas relief which dates to the second century CE. It forms part of the collection of the Capitoline Museum in Rome and was well known during the 18th Century.

Several etchings of the relief were published during the 17th and 18th Centuries, such as those produced by Pietro Santi Bartoli (1635-1700) and Gottlieb Friedrich Riebel (1724-1784). The German born painter Anton Raphael Mengs (1728-1779) used the carving as the basis for his painting of Perseus and Andromeda which was commissioned by Sir Watkin Williams Wynn (1748-1789). It was later acquired by Empress Catherine II of Russia. The Royal Academy in London received a plaster cast of the relief in 1794 from the patron Charles Townley (1737-1805).

It seems that Pichler returned to this subject several times during his career. Tassinari records three variants. The first carved in rock crystal, a cast of which is recorded in the catalogue of impressions taken from engraved gems by Giovanni Pichler between 1766 and 1771. There are also two variants in carnelian, now in the collections of the Penn Museum in Pennsylvania and The Hague (a carnelian version of this subject is listed in Hermann Rollett’s catalogue, Die drei Meister der Gemmoglyptik Antonio, Giovanni und Luigi Pichler, number 186). The watery quality of the chalcedony suits the subject matter of this gem perfectly. The delicacy with which Andromeda’s robe has been carved is particularly mesmerising and a testament to Pichler’s skills as a draughtsman. He was taught by the painter Domenico Corvi when he moved to Rome in 1743 and in his youth he regularly visited the Vatican to study the work of Raphael as well as the collection of ancient sculpture.