A Carved Hardstone and Gem-set Bellpush by Carl Fabergé 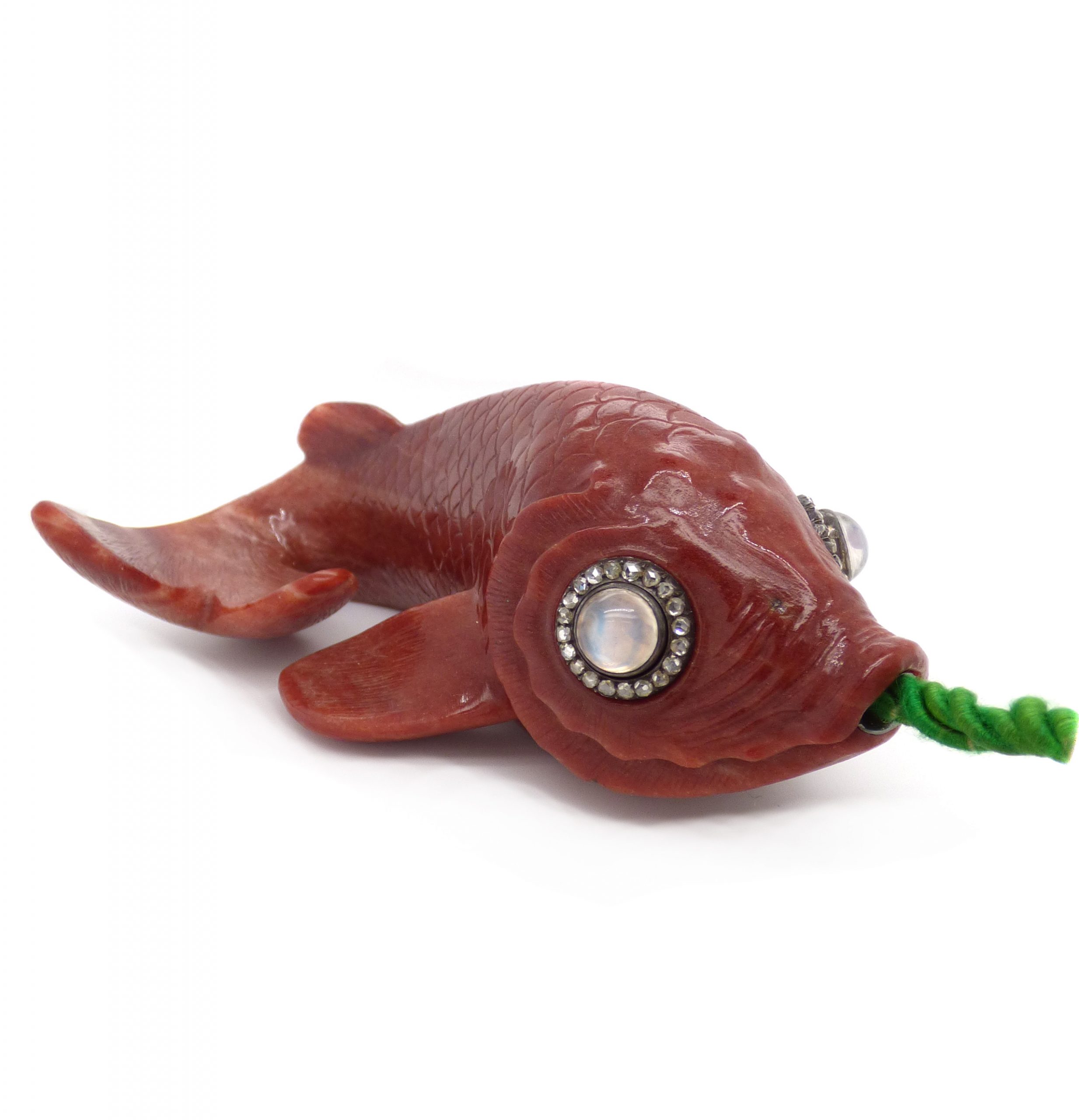 in the form of a stylised carp, carved from a single piece of richly coloured aventurine quartz in mottled tones of burnt orange, the push mechanism located behind the eyes which are mounted with circular cabochon moonstones within a border of rosecut diamonds set in silver and gold. The push is connected via a cord which fastens in the carp’s mouth, the bell sounding when the moonstones are gently depressed. 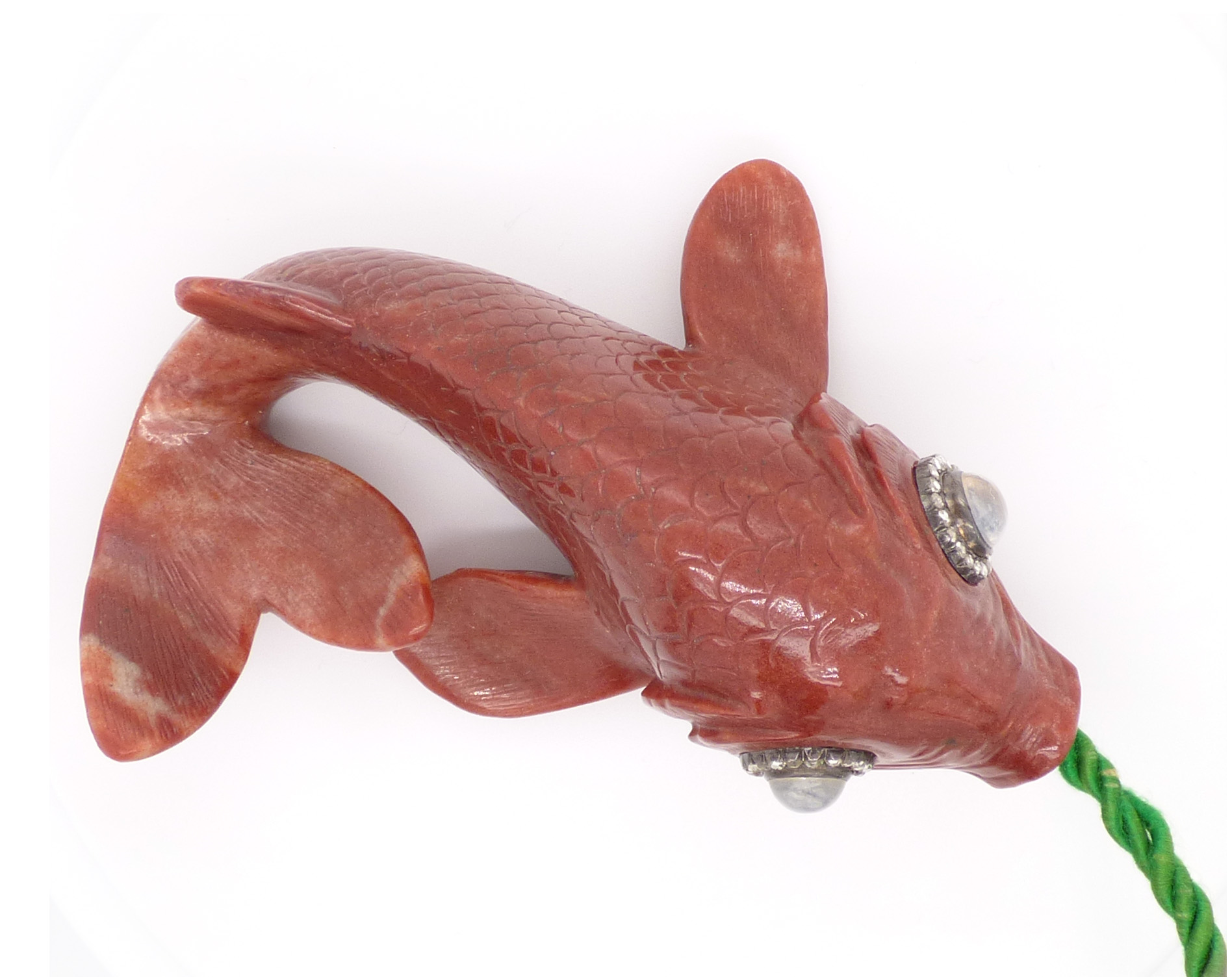 This work ranks amongst the large-scale animal studies by Fabergé and carvings of fish are amongst the rarest. Two or three examples are preserved in the Royal Collection, all of which are smaller in size. A carp carved from cornelian preserved in the Kremlin is of a similar dimension.

Carl Fabergé (1846-1920) owned a significant collection of Japanese works of art, which proved to be a valuable source of inspiration for his own work. A photograph of his apartment in Morskaya Street shows a display case filled with over 500 netsuke. It is likely that Fabergé acquired many of these pieces from a shop called ‘Japan’ which was situated on the Nevsky Prospect in St Petersburg during the turn of the 19th century.

With the restoration of the Meiji in 1868, the borders of Japan were opened to international trade. This led to a Europe wide fascination with Japanese works of art. Many of Fabergé’s customers were keen collectors of Japanese artefacts (as an example Mrs A A Watney Weguelin, a regular customer of Fabergé’s London branch, built an impressive collection of netsuke carvings which were sold at Christies after her death in 1938). Franz Birbaum, who managed Fabergé’s workshop, mentioned in his memoirs that it was the firm’s acquaintance with Chinese and Japanese works of art which ‘first stimulated [them] to produce work of this kind.’

The carp was a particularly popular subject with netsuke carvers, its tail often slightly curled towards its head. In Japanese culture, the carp is thought to be a symbol of prosperity and good luck. 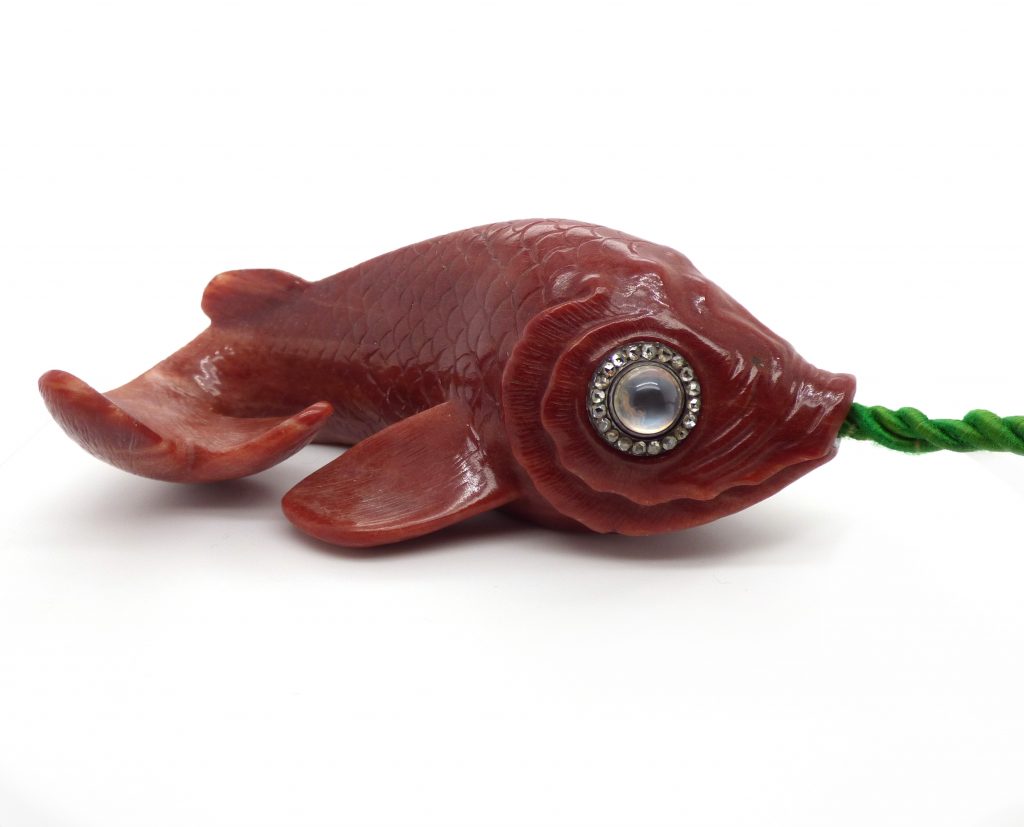