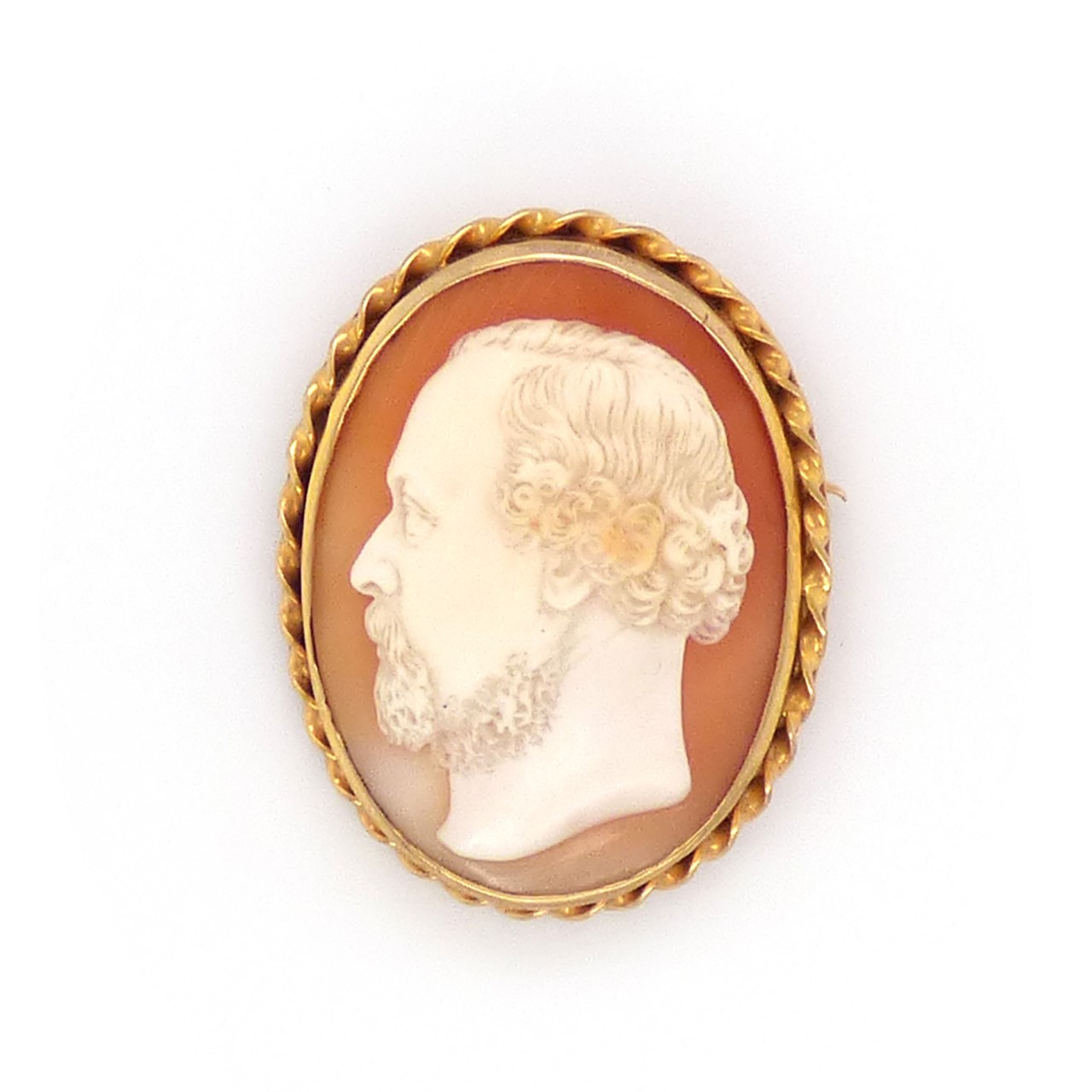 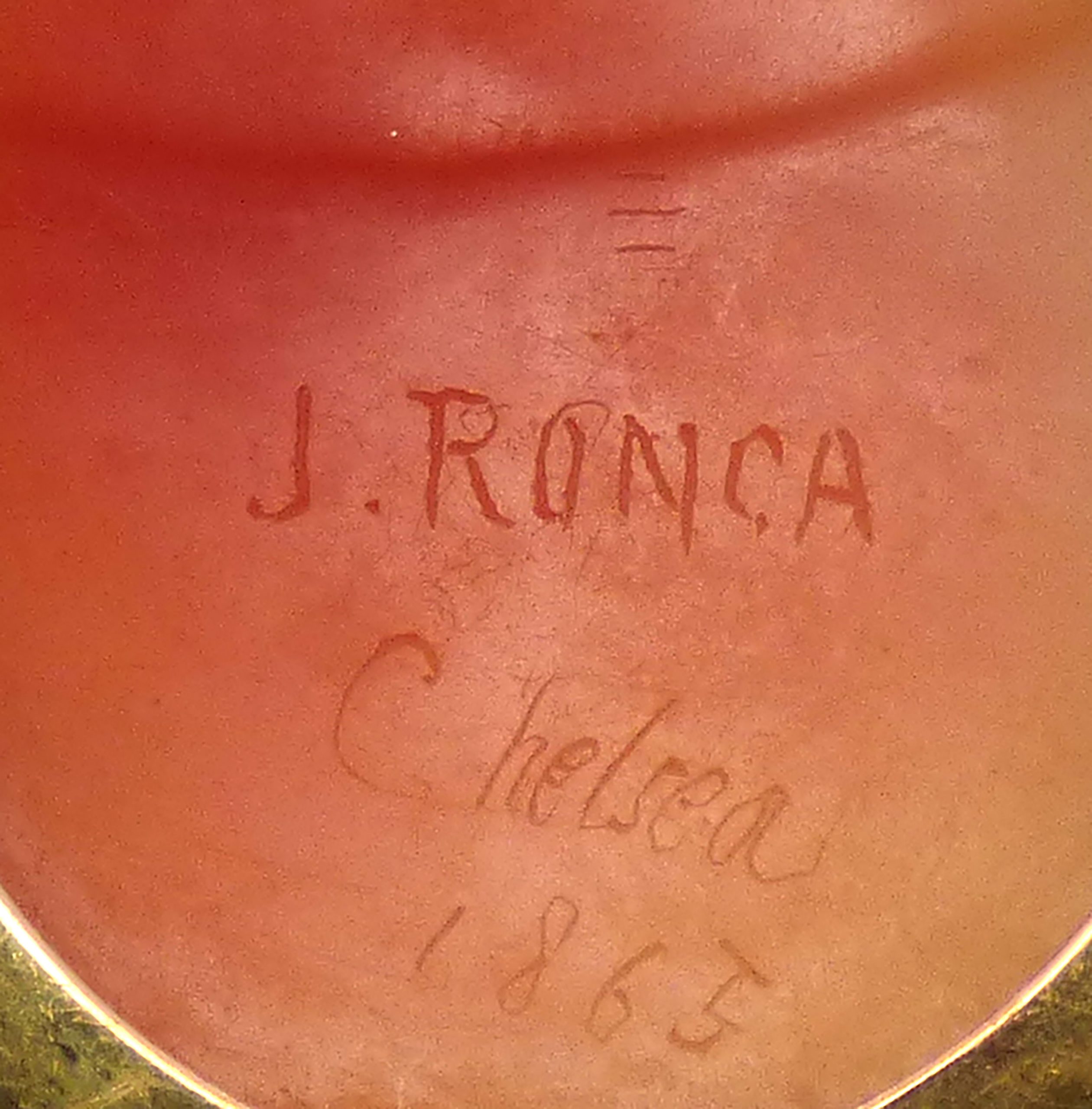 James Ronca was born in London is 1826. According to an account written by John Marsh in 1887, he was taught to cut cameos by the celebrated Benedetto Pistrucci (1784-1855), an Italian gem engraver who moved to London and later became Chief Engraver and Chief Medallist to the Royal Mint.

Ronca is recorded as having entered the Society of Arts competition in 1864 with a cameo portrait of Prince Albert, consort to Queen Victoria, modelled after the Juror’s medal for the Great Exhibition of 1851 by William Wyon.

In the same year, the Roman cameo cutter Tommaso Saulini died, leaving an unfinished commission from Buckingham Palace for double portraits in cameo of Queen Victoria and Prince Albert. It was thanks to his participation in the Society of Arts competition that Ronca was recommended to the Queen by the artist Felix Miller to complete this order.

The Royal Archive records that Ronca sold Queen Victoria two shell cameos in 1865, based on the Exhibition Medal of 1851. These were likely the carvings made for the Society of Arts exhibition of 1864 and the portrait of ‘HRH the late Prince Consort’ that Ronca displayed in 1865 at the Royal Academy.

Ronca recounts in an interview of 1908 that “The Queen wanted both shell and onyx cameos, so I had to set to work and learn how to make the latter. After that I suppose I worked for the Queen for some thirty years. I used to make the Victoria & Albert medal in onyx and the ‘Faithful Service’ medal in shell.”

It would appear from a correspondence dated 17th January 1870, that Ronca sometimes exceeded his orders by including works for the Queen to acquire which hadn’t been commissioned, often portraits of members of the family. It is unclear whether this early cameo of Prince Albert Edward was a commission or whether Ronca chose to carve it himself.

Two other cameo portraits of members of the Royal Family survive by Ronca. The British Museum has a shell cameo of Alexandra, Princess of Wales (Museum No.: 1992,0508.1). Interestingly, it appears to be a very similar size to this cameo of her husband and was completed five years later. The other surviving cameo is of Queen Victoria’s second daughter, Princess Alice.