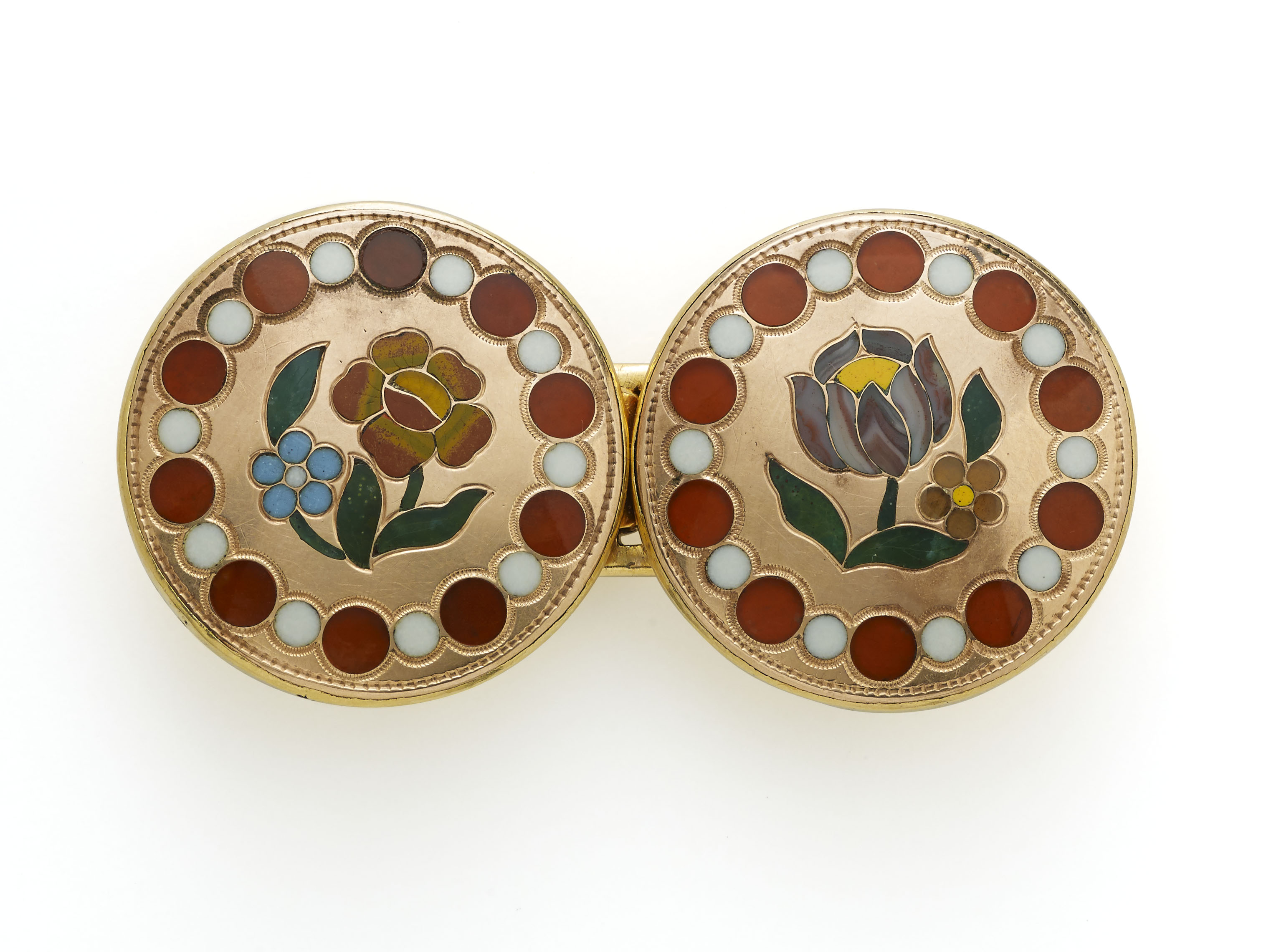 A New Acquisition for The Gilbert Collection

We are delighted that these gold mounted hardstone buckles by the master goldsmith Johann Christian Neuber have been acquired from Wartski by the Gilbert Collection and are now on loan to the Victoria and Albert Museum in London.

Sir Arthur Gilbert and his wife Rosalinde built an exceptional collection which focused on the decorative arts of the 18th and early 19th centuries. The objects they purchased represent the very highest pitch of luxury and craftsmanship, assembling an outstanding collection of eighteenth century gold boxes, micromosaics, antique silver and enamelled portrait miniatures.

The collection was donated to the nation in 1996 and is now administered by the Gilbert Trust for the Arts, which continues to make new acquisitions guided by the interests and ethos set out by Sir Arthur and Lady Gilbert.

The buckles were a previously unknown work by Neuber and were identified by Wartski.

Neuber is one of the most celebrated goldsmiths of the eighteenth century, specialising in gold boxes, châtelaines, watchcases and objets d’art. He is most famous for his ‘Steinkabinettabatiere’, gold boxes inlaid with hardstone specimens. His work appealed to the connoisseur collectors of the time, who not only sought beauty, but also knowledge. His meticulously annotated boxes, which recorded every specimen used to make them, embodied these enlightenment ideals.

Neuber worked in Dresden and trained in the workshop of Johann Friedrich Trechaon. His father-in-law, Heinrich Taddel, was director of the famous Grünes Gewölbe (a position Neuber would hold from 1769). This meant that throughout his professional life, Neuber could study some of the most spectacular works of Renaissance goldsmithing and lapidary work. He became the Court jeweller to Augustus III of Saxony by 1775.

The buckles demonstrate many of the techniques which have become synonymous with Neuber’s work; the Zellenmosaik technique; the spotted border of carnelian and white chalecedony; the forget-me-not flower heads; the foliate elements delicately engraved with veining; the yellow glass centres to the flowers; the use of the natural colouration of the stones to suggest shadows or undulations.

When the buckle was examined under a microscope, Neuber’s use of tinted setting compounds also became clear (for example, fixing the carnelians in place with compounds dyed orange/red).

The buckles join several other exceptional works by Neuber in The Gilbert Collection and are a very rare example of his work as a jeweller. Scant examples of his jewellery survive, making this acquisition all the more exciting.