A Jewel by René Lalique is acquired by the Musée Lalique 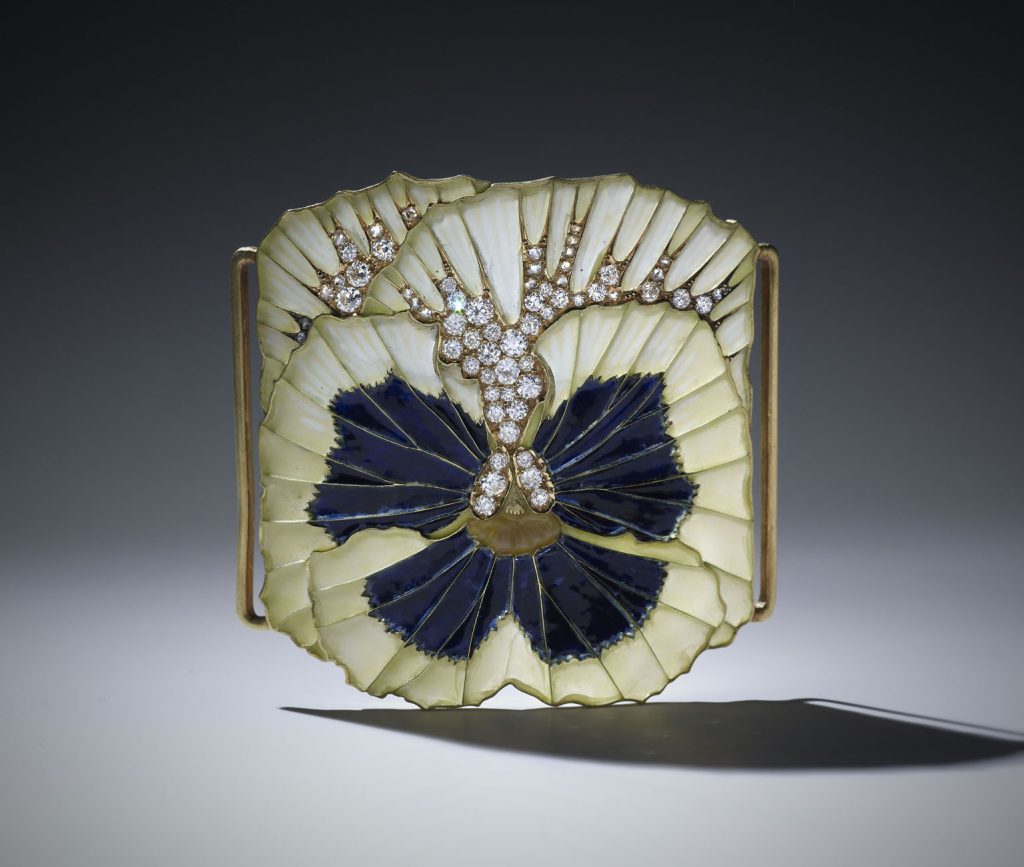 The Musée Lalique in the historic centre of Doesburg, close to Arnhem in the Netherlands, is one of only three public institutions devoted to the work of the celebrated Art Nouveau jeweller.  A gold, plique-à-jour enamelled and diamond-set plaque de cou by René Lalique was acquired by the Museum from Wartski at the last ‘live’ edition of TEFAF Maastricht, which took place in March 2020.

Since then, the jewel has been presented as one of the highlights of the Musée Lalique’s exhibition ‘La Réunion – Jewellery for the beau monde’ which was launched in October 2020 and featured the creations of Lalique together with his contemporaries.  The November/December issue of the periodical Kunstkrant published an article devoted to the exhibition and celebrated the acquisition by illustrating the plaque de cou on its front cover.

The plaque de cou is a particularly sophisticated example of René Lalique’s sensitivity to textures, the deep blue enamelled centre of the pansy evoking its velvet quality; furthermore the technical challenges presented by engraving the cream coloured petals after firing as well as pavé-setting the graduated diamonds into the surface of the jewel are not only successfully surmounted, but are dazzling demonstrations of his unique skills.