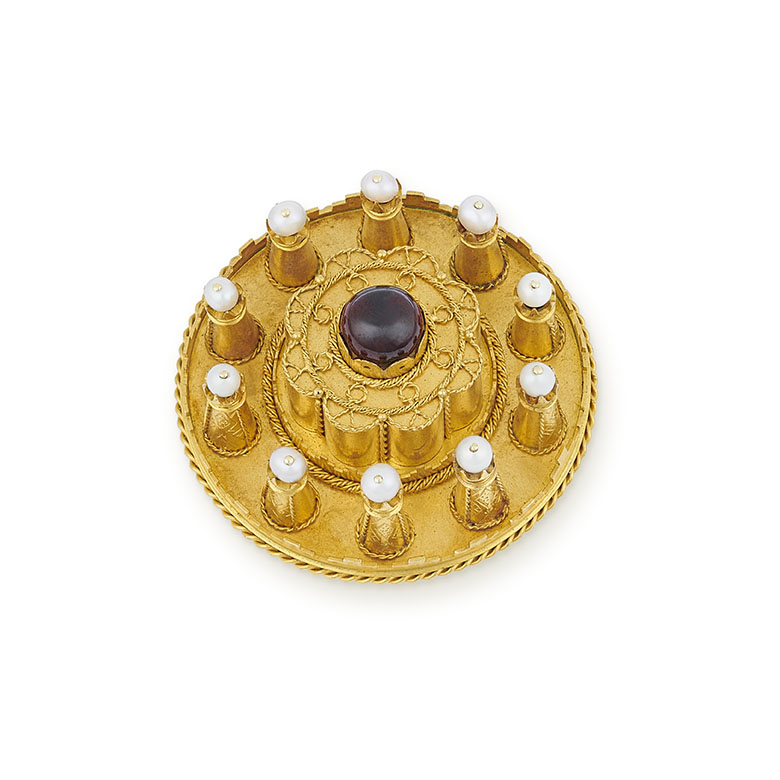 A Gift from Prince Albert to Queen Victoria

“My beloved Albert gave me a lovely brooch, which is so original in design, & which I am delighted with.”

With this entry, on the 10th of February 1843, a young Queen Victoria recorded a special gift presented to her by Prince Albert. The brooch she received with delight was a circular gold disc centred with a garnet surrounded by ten ‘turrets,’ each set with a Scottish freshwater pearl. On the reverse an inscription – ‘From Albert/Nov 21 1842’ – which reveals the motive of the special gift. The date marking exactly two years since the christening of their first daughter, Princess Victoria. 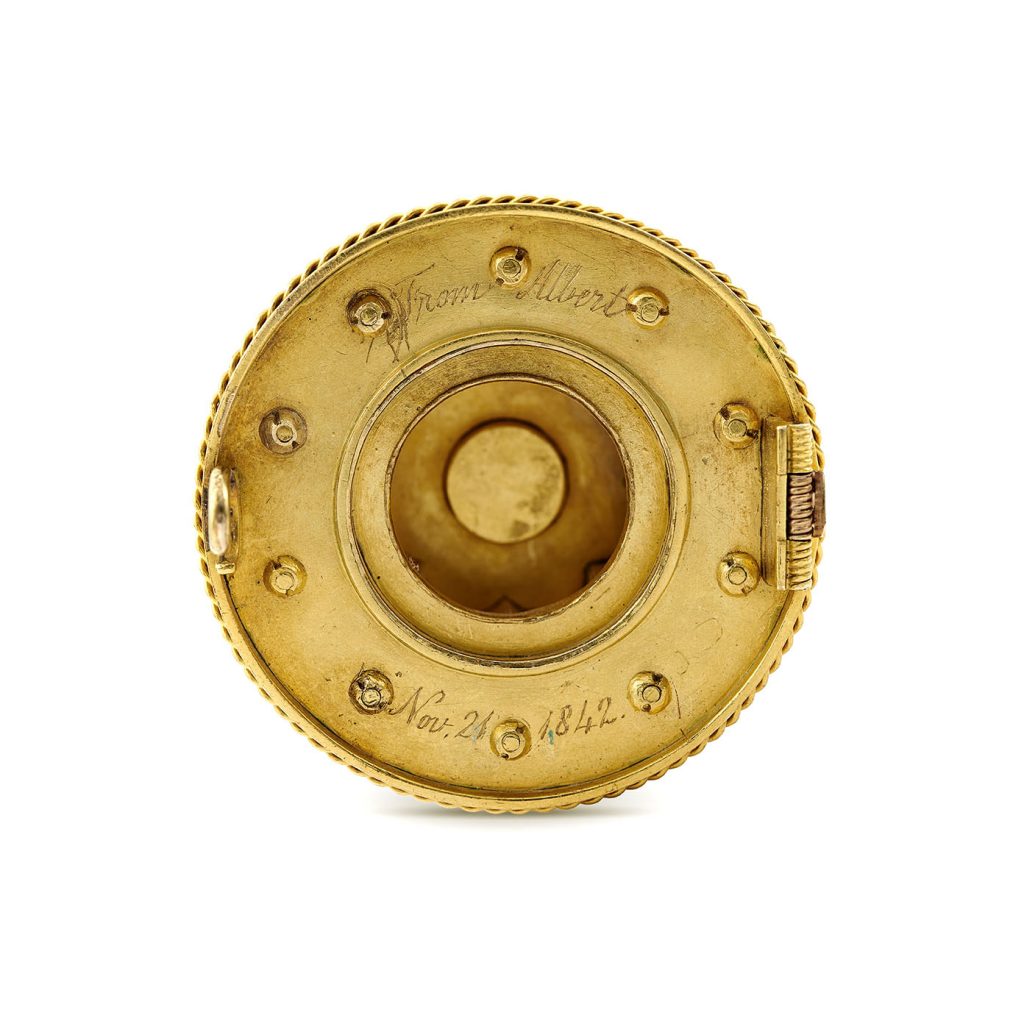 The design of this jewel was inspired by the renowned brooch of Lorne, a silver turreted disc brooch allegedly taken from Robert the Bruce at the battle of Dalrigh in 1307. Queen Victoria had seen the brooch on the 10th of September 1842; the head of the Macdougall clan showed it to her during her visit to Perthshire. This event too was recorded by the Queen who wrote in her journal:

The brooch of Lorne was part of a Highland dress set and served to secure a cloak or a plaid. In reality, it dates from the sixteenth century and is today part of the Macdougall of Dunollie Preservation Trust and on display at the National Museum of Scotland in Edinburgh.

Contemporary pieces are two further West Highland examples of similar composition, the Ugadale or Lossir Brooch (in a private collection) and the Lochbuie brooch, now in the collection of the British Museum. All three have a reliquary beneath their central charmstone.

The Royal couple could not have predicted that years later, in 1871, their fourth daughter Princess Louise would wed the Marquess of Lorne and would receive as a wedding present the very brooch seen by her mother in 1842.

The gift was included in an engraving of the Royal Wedding Gifts published in The Illustrated London News of 25th March that year. John Campbell, Marquess of Lorne (later 9th Duke of Argyll) was featured in a colour lithograph of 1871 wearing what appears to be the brooch of Lorne.

Queen Victoria’s brooch in gold remained in the Saxe-Coburg and Gotha family through her son, Alfred and then through his descendants prior to its acquisition and sale by Wartski. 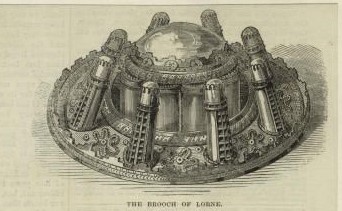